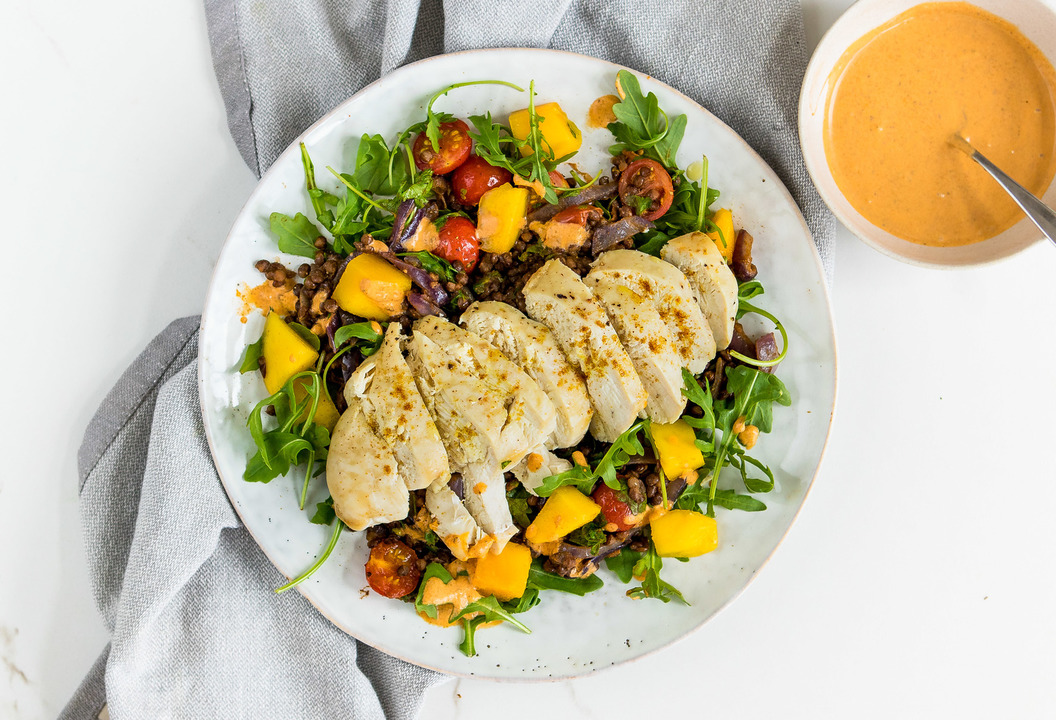 2. Place the chicken breasts on a baking tray and spread with only half of the tikka paste to make a thin layer. Place in the oven for 20-25 mins until cooked through.

3. Thinly slice the red onion. Slice the cherry tomatoes in half. Peel and de-stone the mango and cut into cubes. Roughly chop the coriander leaves. Drain and rinse the lentils.

4. Heat a medium-sized pan with 2 tsp oil on a medium heat and cook the onion for 7 mins until softened. Stir in the lentils and the cherry tomatoes and cook for 5 mins. Season with sea salt and black pepper.

5. Dissolve the creamed coconut in a bowl with 30ml boiling water. Then stir in the remaining tikka paste and a squeeze of lime juice.

6. In a large bowl, toss the mixed leaves with the lentil mix, mango and half of the coriander.