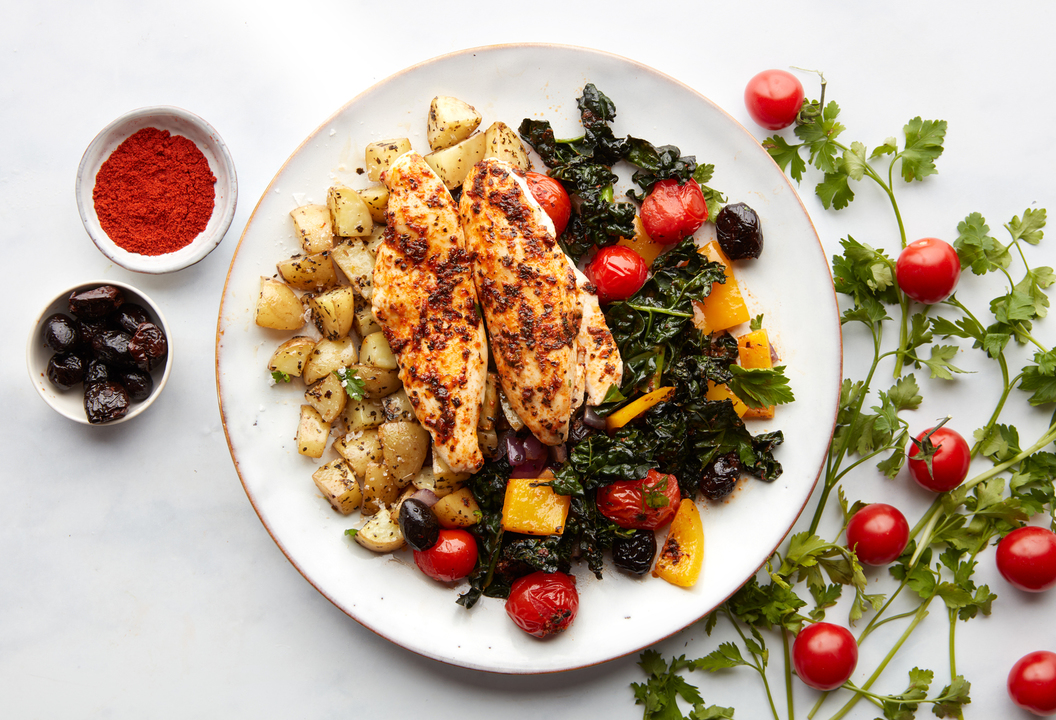 2. Slice each chicken breast in half horizontally to make four thin fillets. Leaving the skin on, cut the baby white potatoes into 1 cm cubes and roughly chop the red onion.

3. To make the garlic paprika oil; into a medium bowl, finely grate the garlic cloves. Add the smoked paprika, half of the oregano and 1 tbsp oil. Season with sea salt and black pepper and mix well.

5. Meanwhile, chop the yellow pepper into bite-sized pieces and roughly chop the cavolo nero. Place these vegetables into a bowl with the cherry tomatoes, black olives, remaining garlic paprika oil and stir to coat.

6. After the chicken has been cooking for 10 mins, place the yellow pepper, cavolo nero, cherry tomatoes and black olives on a separate baking tray. Drizzle over 1/2 tbsp oil and season with sea salt and black pepper. Place in the oven for the remaining 10 mins until the chicken is cooked through and the vegetables are turning golden.

7. Roughly chop the parsley leaves. Spoon the vegetables onto two warm plates and top with the Spanish chicken. Sprinkle over the chopped parsley.